A temple for Mohini near Guruvayur!

Every trip hides within itself several gems and treasures that are revealed to those who seek for it with patience, determination and passion! Our recent trip to Kerala had several such gems that were revealed to us which I will share in the forthcoming articles. Please note that the number of pictures would be few considering that temples in Kerala strictly do not allow photography inside its premises.

The Guruvayurappan Temple in Guruvayur is one that draws several hundreds of visitors each day from 3 am to 9.30 pm from different parts of the world. There are a number of interesting temples around the Guruvayurappan temple and it was good to see many of them listed in the brochures that are available in the hotels. However, the one we were looking for was not part of the list (as usual!)

After a soul-refreshing Nirmalya Darishanam of Lord Guruvayurappa at 3 am in the morning, we set out to explore the place we were looking for. Our driver too, did not know the place nor had he heard of it. Soon, in broken Malayalam, we were making inquiries. It might have helped if we had known the actual name of the temple, all we knew was that it was a temple devoted to Mohini Avatara and it was near Guruvayur.

After about five-six failed attempts, an auto-rickshaw driver came to our rescue - go to Ariyannoor and ask for Hari Kanyaka Bhagavathy temple, he said.

Thanks to Google maps, we were off to Ariyannoor soon. It is five kms away from Guruvayur and the map led us into small lanes among fields. With some guidance from the locals, we were soon in front of the temple. We subsequently found that we had taken a round about route and it was just one straight road to the temple. (See route below).

The temple was up a slope and as we walked up to find very few people in it. The architecture is typically that of Kerala with the sloping roofs and a liberal usage of wood and brick in the construction. This is one of the temples constructed by Perunthachchan, the greatest architect Kerala has produced and dates back to the Seventh Century.

We crossed the threshold and went into the temple. However, we found that there is no entrance further. Surprised, we went around the temple, trying to see if there were entrances at the sides, but again could not find any. As we came to the other side of the temple, we found a lady enter the temple and go towards the left of the entrance. We almost ran to catch up with her to see how she was entering.

We felt quite foolish when she effortlessly stepped over a short wall on the side of the temple to enter it. It was really interesting to see that there are no direct doors either in front or the sides. One has to enter a courtyard with a huge Bali Peetam by crossing a relatively low stone wall on either side. Was this a distinctive design of the times, or something that was done with a specific purpose or something that came up subsequently to protect the temple during invasions....only experts will be able to say.

Once we crossed the courtyard, we came to a long passage with platforms on either side. Inside this was a Naalambalam - an open courtyard with corridors running along all four sides. Right in the middle stands the Sanctum Sanctorum in which the Goddess whom we came looking for stood.

The ceiling was a treasure trove of sculptures depicting the Churning of the Ocean - the cause for Mohini Avatara. The brick structure of the sanctum sanctorum is visible through the peeling plaster which shows the remains of wonderful murals that had once decorated it.

One stands in awe till you are gestured aside, to give way to the priest bringing the deity in after Seeveli. (procession around the temple).

We turned our attention to the Goddess - Vishnu in the magnificient form of Hari Kanyaka or Mohini. This is the form that Lord Vishnu took when the Devas and Asuras churned the ocean to find nectar. When both started fighting over it, Lord Vishnu took the form of a very beautiful maiden, and was able to take the pot of nectar away from the Asuras and share it with the Devas. Lord Ayyappa, is said to be the son of Lord Shiva and Mohini.

In this temple, Lord Vishnu is found in the virgin form of Mohini - Hari Kanyaka. With the symbolic Conch and Discus (Sanku and Chakra) on the two upper arms, she holds a pot of nectar (Amrutha Kailasam) in her lower right hand with the other hand placed elegantly on her slender waist.The beauty of the deity holds your attention. Truly a Mohini indeed!

Typical of Kerala temples, there is a Ganesha at the end of the corridor to the right of the Sanctum Sanctorum.  Murals and elephants adorn the walls and corridors all around .

The lady who showed us the entrance, told us that this temple is worshiped by those who seek good marriage alliances. They pray to Harikanyaka Bhagavathy for a good marriage proposal and then come back after marriage to show their gratitude. There is a fifteen day festival that happens in the month of March-April, wherein the Bhagavathy is taken on procession atop a female elephant around the temple.The temple is an ASI protected monument. Truly an architectural delight and a souvenir of the craftsmanship of Perunthachchan. His large chisels still adorn the temple as testimony to his architecture. 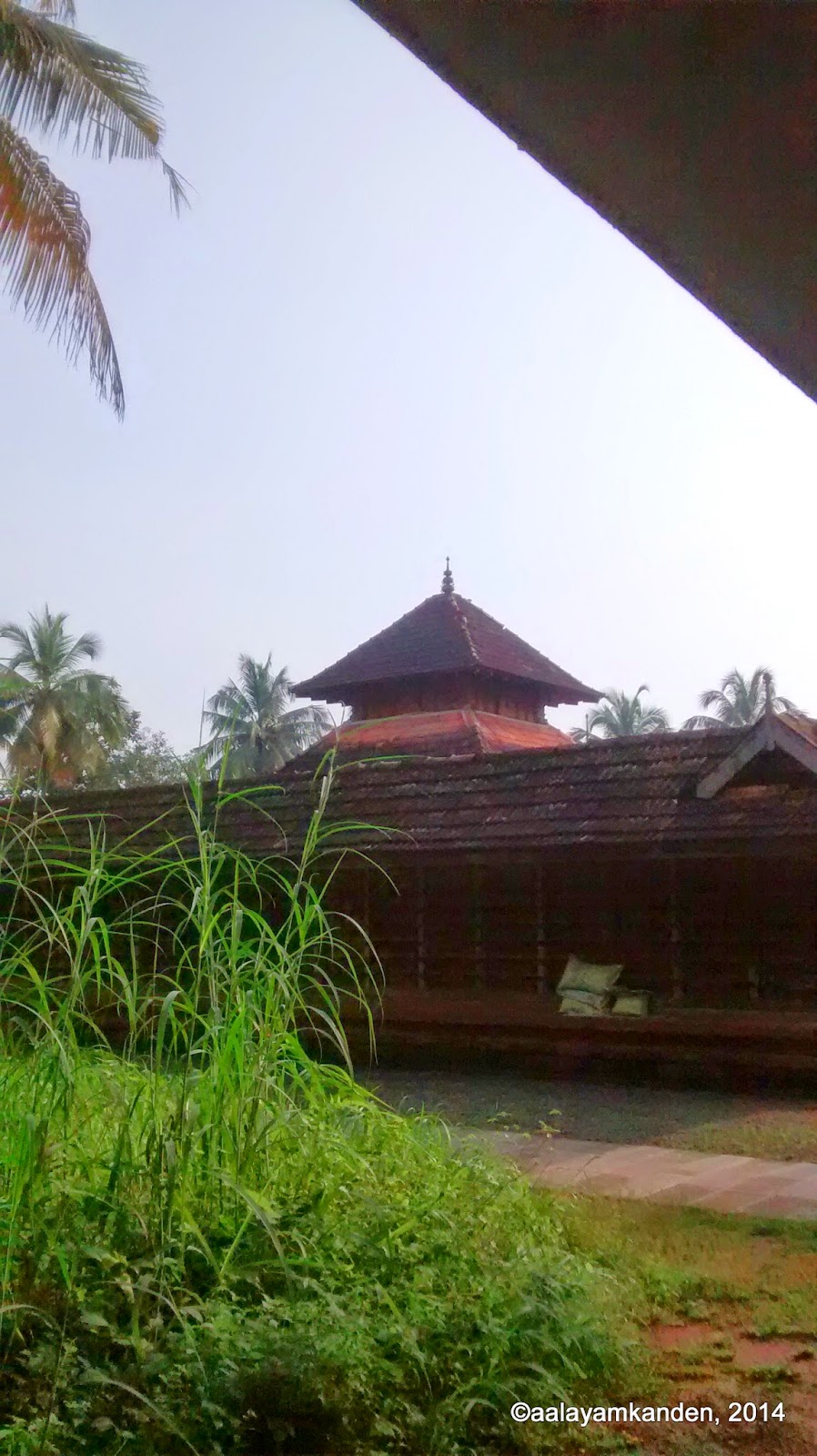 How to reach here:

The temple is about five kms away from the Guruvayur temple and there are a number of autos that ply to and fro. The name of the village is Hari Kanniyoor (which has now become Ariyannoor). Today a non-descript village, with two ancient temples (there is a Shiva temple too near the Hari Kanyaka Bagavathi Temple), this place used to be larger and more prominent than Guruvayur in the past and was the head of 32 deshams. (villages).

From the East Nada where the temple is located, one has to head East towards Guruvayur- Choondal Road, and the temple can be found on the right side in about five kilometres.The Google map link can be found here. 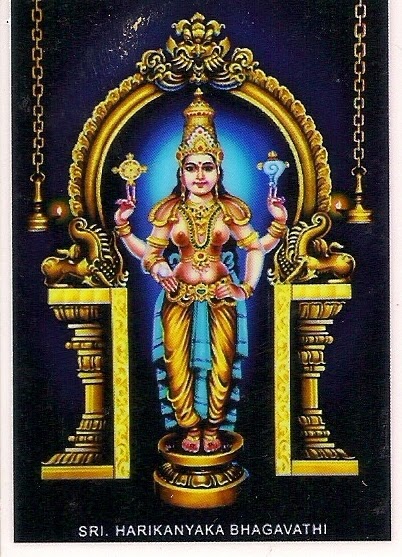 If you happen to visit Guruvayur, please take some time to visit this ancient and unique temple too!
Posted by Padmapriya TS at 3:08 PM 9 comments: Links to this post 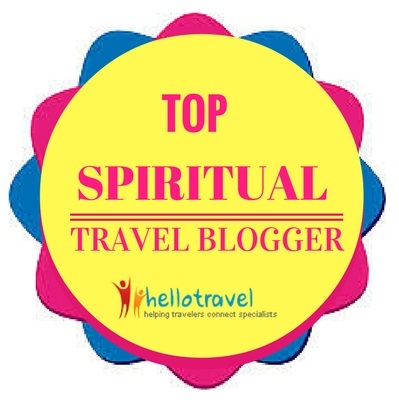 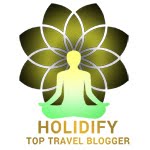 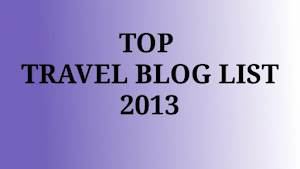